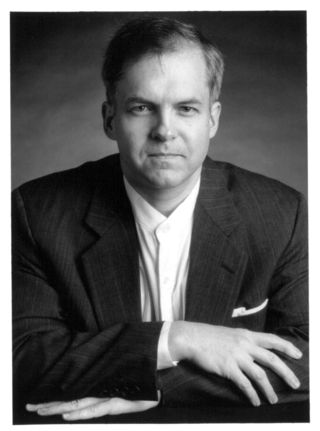 It is with great regret that we share the sad news that our long-time colleague and friend John Jefferson (Jeff) Humphries, LSU Foundation Professor of French Studies and of English, passed away on Saturday, September 20, 2014 at his home in New Orleans.

Jeff Humphries was a person of great talents and his contributions to the department and to the university since his arrival in 1982 are immense and long lasting.

Jeff earned his BA from Duke in 1977 and his PhD from Yale in French and Comparative Literature in 1981, joining the LSU faculty as Assistant Professor in Fall 1982.  He quickly showed his brilliance, with his teaching and scholarship being recognized by quick and regular promotion, and his administrative work undertaken with skill and energy. He became Associate Professor in 1985, Professor in 1986 with joint appointment in the Department of English, and LSU Foundation Professor in 1999. In addition, he received the LSU Foundation Distinguished Faculty Award in 1993 and was named Chevalier de l’Ordre des Arts et des Lettres by the French government in 2001.

His scholarship was marked by range, precision, and depth. He wrote and taught on figures from Villon and Shakespeare to Blanchot and Glissant; on writers and topics from France, the Caribbean, Louisiana, the Southern United States, and Japan; and in the genres of scholarly prose, fiction, and poetry. The excellence of his work was recognized by glowing reviews from major figures and by grants from the ACLS, NEH, the Louisiana Endowment for the Humanities (LEH), the Louisiana Education Quality Support Fund (LEQSF), and the Lyndhurst Foundation.

Among his most noteworthy works are Katrina, mon amour (Paris: Seuil; 2008); Collected Poems of Edouard Glissant. (English translation, with notes and introduction; University of Minnesota Press, 2005); Borealis (a collection of Humphries’s poems; University of Minnesota Press, 2002); Reading Emptiness: Buddhism and Literature (SUNY, 1999);The Puritan and the Cynic: the Literary Moralist in America and France (Oxford University Press, 1987); and The Otherness Within: Gnostic Readings in Marcel Proust, Flannery O'Connor, and Francois Villon (LSU Press, 1983).

He was an inventive and dedicated teacher, directing many PhD dissertations and MA theses, as well as teaching a wide range of undergraduate and graduate courses, including a number of translation courses that were a highlight of the department’s curriculum for many years.

Jeff held the full range of departmental posts, serving energetically and carefully as Director of Graduate Studies from 1985-1990, Associate Chair 1993-1997, and Chair from 1997-2002. In addition, he was on the Steering Committee for the Program in Comparative Literature for many years. During his time as Chair, he oversaw many important changes in the department, including naming it the Department of French Studies from its previous incarnation as the Department of French and Italian; the creation of the Ubaye Valley Program; and the founding, with Louis Curet, of the Friends of French Studies. He was a prolific fundraiser and grant writer as well; his work in that capacity greatly helped students and faculty.

On a personal level, Jeff’s skill as a raconteur, his quick wit and sly humor, were remarkable, as was his generosity. And his love for and care of his many animal companions – some of rare and exotic beauty – was legendary.

He will be greatly missed and we will work together to create a suitable memorial to his life and work with us. A memorial service for the LSU community is planned for late January 2015.