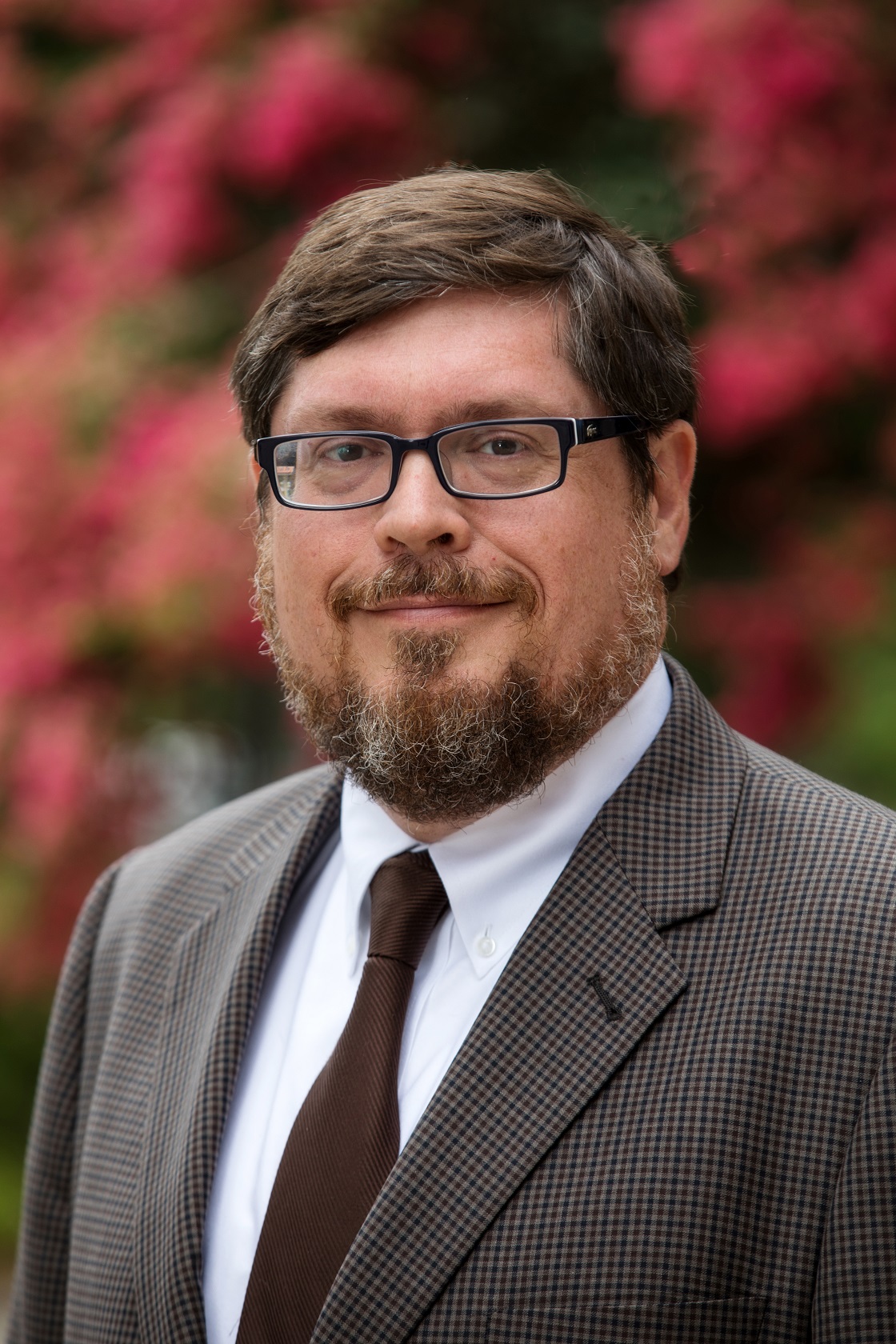 “Our entire LSU Family mourns the loss of Dean Johnson, who was a wonderful colleague, friend, father, and husband. We will be forever grateful for Dean Johnson’s countless contributions to the Manship School and LSU, and we will miss him terribly.”

From Manship School Student to Dean: Remembering the Life of Dean Martin Johnson

Modified from the Reveille article by Anna Jones & Marykelly Munster

Martin Johnson, our beloved dean of LSU’s Manship School of Mass Communication, passed away unexpectedly on Sept. 28, 2020. He was an incredible person – a father, husband, leader, teacher, scholar, friend and confidant.

Johnson’s life was full of accomplishments. He started his career in journalism by serving as editor-in-chief of the Reveille and earning a bachelor’s degree from the Manship School in 1991. He went on to earn his master’s and doctorate in political science from Rice University before becoming department chair and professor at University of California, Riverside, and eventually returning to the Manship School as our Kevin P. Reilly, Sr. Chair in Political Communication. He was named our School's third dean in July 2018.

In between his various university positions, he wrote a book, “Changing Minds or Changing Channels: Partisan News in an Age of Choice,” which was co-winner of the 2014 Goldsmith Book Prize awarded by the Harvard Kennedy School Shorenstein Center on Media, Politics and Public Policy. He had his work printed in American Journal of Political Science, Journal of Politics and Human Communication Research and other scholarly publications, and his research was supported by the National Science Foundation, the John Randolph and Dora Haynes Foundation and Time-sharing Experiments for the Social Sciences.

But students and faculty agree that Johnson’s life was more than an extensive resume or prestigious awards. He was the heartbeat of the Manship School – “a loss we’ll feel forever,” in the words of Associate Dean of Undergraduate Studies Josh Grimm.

Johnson’s long involvement with the Manship School began in his early childhood. He grew up less than a mile away from the LSU and his parents were both teachers with LSU degrees. In an article from the Fall 2019 LSU Alumni Magazine, Johnson recalled spending much of his childhood on LSU’s campus, swimming at the Huey P. Long Fieldhouse pool, meeting friends at the Student Union or eating at Godfather’s Pizza on Chimes Street. He said he always knew he wanted to attend LSU, and those plans came to fruition when he received the Chancellor’s Alumni Scholarship, now known as the President’s Alumni Scholarship, for his academic performance at Baton Rouge Magnet High School.

He continued his success during his college years as the editor-in-chief of the Reveille, an announcer for KLSU and the editor of the student magazine.

When Johnson was the editor-in-chief of the Reveille, Johnson spearheaded a joint weekly issue between the Reveille and the newspaper at Southern University, The Southern Digest. Johnson valued greater collaboration between the two schools divided by white supremacy. Local white business owners threatened to pull their ads from the Reveille because they did not want newspaper integration, but Johnson did not back down. He also used his position as editor-in-chief to advocate for an African-American cultural resource center on campus.

“There is no reasonable doubt this campus needs a place for cultural interaction,” Johnson wrote in a spring 1991 editorial. “We would all benefit from the fellowship students of all races would find there.”

After graduating Manship, Johnson attended graduate school at Rice University. There, he reunited with Sherri Franks, an old friend from his undergraduate years at LSU, according to the LSU Alumni Magazine. They married, and shortly after Johnson was offered an assistant partnership in the political science program at the University of California, Riverside. The two moved there and Franks accepted a position in the religious studies department.

Eventually, Johnson found his way back to Louisiana and the Manship School after being offered the Kevin P. Reilly Sr. Chair in Political Communication, where he remained until he was appointed dean in 2018. When asked in the LSU Alumni Magazine article why he chose to leave California, he gave this response: “We live in paradise, that’s true, but this is LSU.”

“The Manship School educates both future professional communicators and scholars who study at the intersection of media and public affairs. Martin has a deep understanding of both of those sets of students,” Ceppos said in an email. “After all, he was editor of the Reveille as an undergraduate at LSU —and his area of scholarly interest happens, by happy coincidence, to be media and politics.”

Ceppos’ words about Johnson proved true. Students remember him as someone who was always accessible and eager to discuss their problems and find a solution.

Johnson, along with Ceppos and former journalism professor James E. “Jay” Shelledy, helped to create the Manship School’s Statehouse Bureau, which allows undergraduates to report on the Louisiana Legislature and have their work published in news outlets across Louisiana each spring.

Shortly after learning of Johnson's passing, students, faculty, friends and family of Johnson gathered at a vigil held on the Journalism Building’s terrace. Student Government, Manship Ambassadors and members of the LSU community combined efforts to plan the service and honor Johnson’s memory. Upon arrival, guests wrote condolences, blanketed the stairs with flowers and lit candles in remembrance of Johnson. Prior to the event, students and faculty of the Manship School created videos honoring Johnson. At the vigil, visitors gathered to watch the accumulated condolences and memories.

“He was an incredible person, father, and a friend and confidant to so many of us. This is a loss that we will feel forever.”
Josh Grimm, Associate Dean for Undergraduate Studies

Martin Johnson was incredible. He helped me develop my confidence so much as a writer, both as my professor and my dean. He gave me my first freelance writing gig after graduation. Dean Johnson deeply loved the Manship School and all the students in it. He will be so missed.
Beth Carter ('19)

“It’s no secret that the impact that Dean Johnson had on our community is immeasurable. He was an incredible leader, a remarkable academic, a tireless advocate for equality and above all else, a great friend and mentor to many.  Whether you knew him personally or connected with him in passing, he set a pristine example of how we should aim to treat others in his memory– with kindness.”
Abigail Hendren, Student & Tiger TV Station Manager

“Dean Johnson was a man who actually cared about the development and success of every student in Manship. He treated us with care, poise and respect. He was dedicated to academia, but he always put students first.”
Jacob Cheatwood, Student

“As a champion for the Manship School, Dean Johnson impacted the lives of all of us. He cared for every single one of us, because the Manship School was his family. He will be so dearly missed.”
Gabie DeBruler, Student

“It’s hard to describe the impact Martin had on countless Manship School students. He was an educator, a mentor, a counselor and - when you needed one - a friend. He always rooted for our success, even if we weren't rooting for ourselves.”
John Gavin (‘17)

“Martin was a fierce champion of diversity, inclusion & equity in media. He listened more than he spoke. He acted with intention. I was just in his office discussing another opportunity to expand journalism access to minority high school students. I’ll miss my colleague and friend.”
Gerron Jordan, Adjunct Professor

“Dean Johnson was always encouraging students beyond what they believed they were capable of, and he saw the potential in each of them. I am honored to have known such an intelligent, kind, and optimistic man that helped me in my college career.”
Olivia Nuss (‘19)

“He was a titan. Someone with his pedigree makes a choice to be where they are. He always chose us.”
Zach Roubein, (‘20)

Dean Martin Johnson Talks with 101.7/210 KEEL about the Midterm Elections