Pi Kappa Alpha has challenged more than 300,000 men to be Scholars, Leaders, Athletes, and Gentlemen. For the past 153 years, Pike has remained dedicated to developing men of integrity, intellect, success, and high moral character; and to fostering a truly lifelong fraternal experience. The Alpha Gamma chapter has continued the legacy of excellence at LSU. With 119 continuous years, Pike is the longest tenured fraternity on campus. Mike the Tiger was named after an alumnus brother, Mike Chambers. Prior to the pandemic, Pike had won Best Tailgate on campus for two consecutive years. This year, Pike will continue with their planned capital campaign as well as renovations to the third floor and courtyard of their chapter house. Over the last year, Pike has been very active in Fraternity Intramurals, fielding teams in all sports and winning the Softball Championship this past year. In addition to athletics, Pike also has a very active social calendar and is an active supporter of philanthropy. In fact, Pike hosts a Powderpuff Pro Day philanthropy event sponsored by former NFL player and LSU Tiger, Jacob Hester. 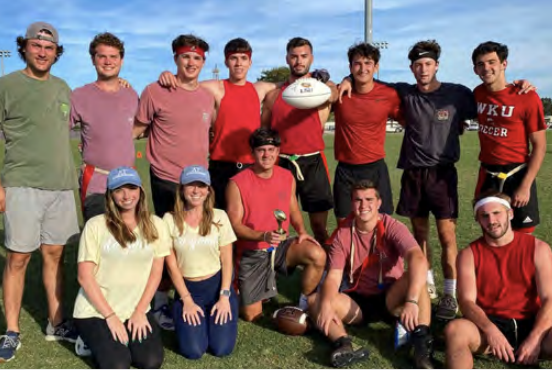